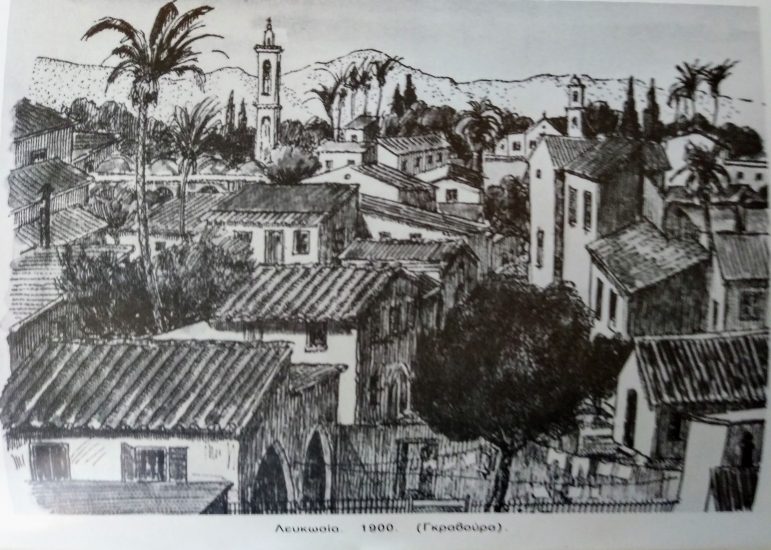 (This story is the product of fiction, and all characters are fictional; the historical elements included are real)

Antonios understood from the first moment that Evelyn McCain had no intention of letting him maintain the relationship he had with Maria. She wanted Maria to be connected only with her and with her husband, since she was claiming the exclusive role of the mother.

Mr. Michael McCain, on the other hand, was more indifferent to Maria’s relationship with Antonios. He was simply satisfied with the fact that Maria loved him and especially liked to play with him. In addition to the train, they often played with the soldiers. They extended them in order of battle and developed techniques of defence and attack. Of course, Maria could not understand that the war had losses and a lot of suffering. For her it was just a strategy game. Mr. McCain, however, was thrilled with his daughter’s performance.

When Maria reached twelve, however, she began to realize the ringer that was imposed around her life, mainly by her mother, and began to rebel. Antonios was trying to calm her down and often told her:

-Maria, you should always remember that your mother with unparalleled courage and bravery entered the Turkish house and distracted you from that wretched life you lived. In fact, her initial addition was to make you her servant, not her daughter. Your father is the one who adored you immediately, and although he disagreed with the whole project, he decided to adopt you. You owe them everything in your life.

-I certainly owe them a lot, Maria replied, but it is to you that I owe everything! You discovered me in that wretched house, and you taught me what knowledge is. Better to be their servant instead of their daughter. I would be freer.

Antonios did not tell her that he too had the  same thoughts, many times. If they did not adopt her, she could become his own daughter, but he kept it for himself

-Don’t have such thoughts, he used to tell her. It is a sin. These people have given you everything. All girls of Cyprus would envy you for what you have.

-Yes, you’re right, Maria consented in the end. I love them, I really love them, but my mother sometimes drowns me!

As Maria grew older and became more and more beautiful, her mother decided that she would not leave her in Cyprus, to fall in love with a Cypriot or a Cypriot fall in love with her and lose her. So, she started talking to her about London, how big and wondrous a city it is, and the potentials she could have there.

Maria reacted very negatively to the thought of leaving for London. She was in a panic. She would lose her teacher. Of course, she did not tell her mother this, because she had figured out how competitively Evelyn McCain reacted to him.

But she spoke to Antonios. His heart was clenched. He had lost everyone he loved in his life. If he was also going to lose Maria, he would have no reason to live. But he did not tell her anything. He tried to reassure and comfort her.

-Maria, you must know that your father is a military man. Today he is in Cyprus, tomorrow he can be transferred to India or even to It’s not his permanent residence here. London is a good choicer than living tomorrow in an unfamiliar country, where conditions will be much worse than here. Surely your mother has as ultimate goal of marrying you to some rich and noble Englishman, but you can negotiate this with her. You will tell her that you agree to go to London, to her sister, if she allows you to take a course at the University of London. They have very high-quality programs for ancient Greek literature, and I am sure that you will find something that will satisfy you and make you happy. At the same time, you will have the chance to choose the right young man who will suit you. Love is a great thing, Maria, and it is worth living it.

And so, Maria’s negotiation with her mother began. She became furious when Maria told her she would like to continue studying, but Maria was adamant. She managed to take her father on her side, who had a particular weakness for her and wanted to fulfil all her desires. So, it was two vs. one.

After intense “negotiations” they came to the decision that Maria would go to London to study ancient Greek literature, but at the same time she would also study English literature. This was no problem for Maria, who wanted to learn everything. ‘It was just an excuse for her mother who wanted to have the last word.

So, at the age of seventeen Mary began her preparation to leave for London. Her mother would accompany her, but then she would come back to stay with her husband.

Maria, deep inside, was mourning, and although she said nothing, one could realize just by seeing her, that she was deeply sad. Her father was almost ready to accept her not to leave, but her mother was adamant. A few days before departure, Maria wrote a letter to the teacher to give it to him before she left. In this letter she unravelled her heart and her feelings for this man, who was, for her, the most important person in her life.

My teacher, my father, my friend

I began my life from nothingness, until the day I met you on the foliage of that fig tree. In this life most people take their first breath when they come out of their mother’s womb, I took it when you first engraved the alphabet on the soil for me. Then I realized the greatness of the world. I realized that if I learned to read the symbols, I would understand the world around me.

And since then, teacher, I study, to understand the secrets of life, which through the centuries people have turned into symbols, and scattered them into books for anyone who is interested to discover.

With each passing day I try more and more and if I accepted to leave for London it is because I know that there I will meet more knowledge and perhaps understand my strange fate.

Many times, you urge me to show more understanding for the actions of my parents and especially my mother’s. I would like to assure you that I love my parents. I know they have given me everything, but they are trying to distance me from you. This hurts me unimaginably.

I am afraid that we will not be able to communicate again. My mother will take care of this. She doesn’t understand that this causes a bigger gap between her and me. I will follow the path they are preparing for me, but I will always search for the truth, wherever I am.

There are no words to express the gratitude and love I feel for you. You taught me that our fate can lead us to many strange paths, but in the end it will bring us to our destination and the goal we chose in our lives.

I don’t know when I’m going to arrive there, but when I arrive I’d like you to be by my side.

When she met Anthony for the last time and gave him her letter, he gave her a letter of his own. It was a farewell kiss that she could take with her.

His own letter said:

I once lost a daughter named Athena. When I met you I felt that God has sent me a second daughter. But I was not courageous enough to take you away from that house. I sent Evelyn McCain, and she did it, without even knowing you. That’s why she is your mother, and you must honour her and forgive her actions that you don’t understand. Because she dared for you. If she was the one that gave birth to you, be sure, she would behave the same way.

Today that you are leaving for London, a new cycle begins in your life. The years that have passed and the storms that have marked my life, have taught me that human beings are feathers in the wind. They fly right and left and rarely remain very long in a place or in a state. But it seems, the way they swirl in the vortex, is no coincidence. Forces, incomprehensible to us, direct the fate of people.

You must learn to listen to silence and read the signs of the times, just as you have learned to read the letters in the books. It’s not easy, but that’s the only way you’ll be able to endure the difficulties of life. Try to be able to see behind the events and have patience. At some point, fate will open its cards, and then you will have to be ready to understand and act accordingly.

Your presence in that house is a mystery. A mystery that I fear you will not have the opportunity to solve, in the years that follow. I will take on this task. Now that you will leave, and my life will seem without purpose, I will search for the truth. The signs of fate show that you are a precious person, and no power would want you to get lost in nothingness.

So, I promise to find the truth about your life. And whatever happens in the future, no matter how many roads divide us, I will find a way to put this knowledge in your hands.

Have a nice trip my beloved daughter and remember that the maelstrom that is currently driving you to London, may know better than you and me what is good for you.

With Antonio’s letter in hand and her heart torn apart, Maria entered the ship to London. She often stood on the deck of the ship and smelled the sea. She let the air get deep into her lungs and rejuvenate her. She hoped that one day she will see her teacher again and learn the truth. For her own life, but also for the turnings of the world.

When Maria left, Antonios was lost for a while. He read and reread Maria’s letter and kept it as the most precious amulet.

He informed Michael McCain that he would leave from his service, and, despite his protests, he did so immediately. He returned to school and taught passionately the children who adored him, but he never met any child who learned at the speed Maria did.

At the same time, he returned to his old residence, next to the Turkish house. It was the only way to learn the truth about Maria.

His new goal gave him an incentive to exist. But he was also given strength by the children he taught. He always remembered his father’s words:

… I will be waiting for you to come back. Because you must come back. Only the educated can save our country!

He did not know if he could ever save his homeland from the conquerors, who succeeded each other. But he would definitely educate as many children as he could. They might be able to save the country tomorrow…

In the evenings he used to sit next to the fig tree and smelled the cool air of Nicosia, hoping for a message and a direction how to approach Mother Ayşe. He was sure she was holding the key to the big secret.