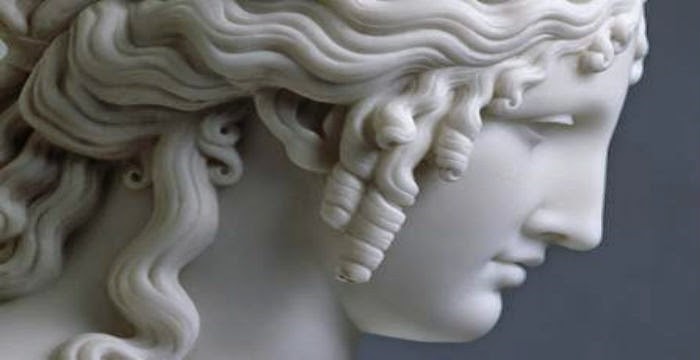 Brief information about the mythical persons mentioned in the poems:

Her name, according to various versions, means light, brilliance, candle. She was the most beautiful woman of antiquity, daughter of Tyndareus, king of Sparta and Leda, a woman of exceptional beauty. According to some myths, Leda, for the conception of Helen, was fertilized by the god Zeus, who approached her, in the form of a swan. This makes Helen a demigoddess, so it gives her eternal youth and immortality.

Because of her beauty, many ancient heroes claimed her as their wife. Her father, to secure the agreement of all the suitors for the interest of his daughter, made them swear, before the choice of her husband, that if another man tries to kidnap her, all together will join to bring her back. After the oath, Helen chose Menelaus – or according to others, Tyndareus chose Menelaus – and the wedding took place. The couple reigned in Sparta for several years until…

Paris, the prince of Troy, visited Sparta and was hosted at the palace. Aphrodite, the goddess of Beauty, had promised Paris that she would give him as his wife, the most beautiful woman of the world – and that was Helen. When Menelaus had to go on a trip and left Helen alone with Paris, he, with the help of Aphrodite, seduced and took her with him to Troy.

This kidnapping, as well as the promise made by Helen’s suitors before her marriage to Menelaus, caused the Trojan War, which lasted 10 years. In the end, the Greeks won and took Helen back. This war caused many deaths and disasters, events for which Helen was considered responsible. The story is described in Iliad, the saga of Homer.