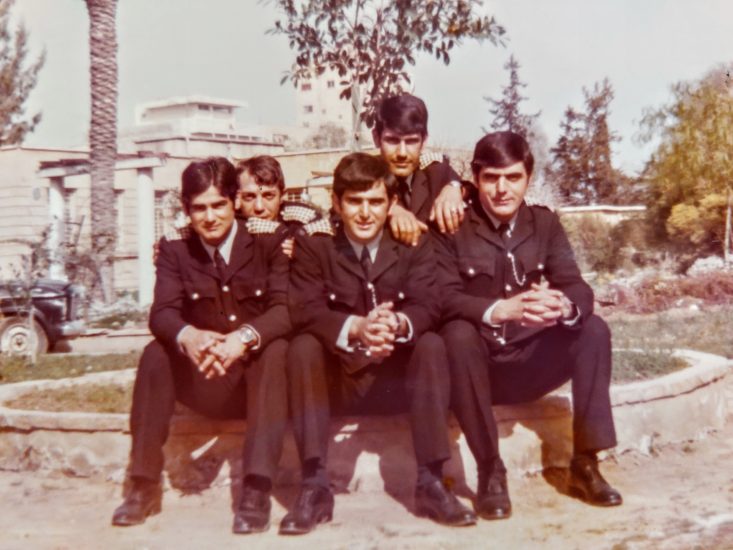 The foolish slyness of breaking the law

I dedicate the following short stories to my former colleague and friend, Efstathios Matsentides, who passed away prematurely.

The car that could not start

It was the late 1970s and Efstathios Matsentides was a traffic warden in the newly established service of the Nicosia Municipality, which started in 1973. He took his job very seriously and tried to do it in the best possible way.

-This is not right. You have stopped the traffic. You need to move. Take the gear off, for the car to be free wheel, so I will be able to push you into the side street, Matsentides said, hoping to solve the problem immediately.

And without delaying, he went behind the car and began to push. The car was not moving at all.

-Take the gear off, he yelled at the driver. He was starting to sweat from the attempt, while he was looking around for help.

There was no one there. He kept pushing and shouted again at the driver:

-Take the gear off. I can’t move the car.

Nothing. The car stayed fixed in its place. The rear drivers were still horning. Pandemonium. Suddenly he saw a lady coming out of the flower shop, next to the traffic lights, getting into the car running, and the driver starting the car and disappearing at a breakneck speed.

He stayed with his mouth open when he realized the reason why the car was stuck in the traffic lights!

What happened afterwards, what was said and how it was said, by Matsentides, but also by the drivers who were waiting, I leave it to your imagination…

The lady with the undisturbed hair

A few years later, one afternoon in the traffic warden’s office, the door opened, and a lady walked in. She was of medium stature, around fifty, with short hair, creeping and loaded with hairspray. She wore an elegant suit and in her hands she held a traffic report, which she was shaking in front of Efstathios Matsentides, who was there at the time. Her voice was firm, calm and confident:

-Mr Matsentides, she began to say. This is unacceptable. While I was driving my car to this area (and she mentioned an area outside the centre of Nicosia), I felt that a tire punctured, and I stopped in a lane to check it. Until I gave a lap of the car, I found this in the windscreen. I don’t know who put it on or how he put it. I didn’t see anyone, but it seems he came with the helicopter, placed it, and left.

-Madam, Matsentides replied to this outrageous story, that is not possible. On one hand we do not have patrols in the area you are referring to and on the other hand we do not have a helicopter. In any case, you couldn’t be reported, without seeing anyone, as long you were there.

-I insist, Mr. Matsentides. This is what has happened, the lady continued with a calm voice and confidence. I assure you. That is how things are. Your traffic warden came by a helicopter!

And she was still holding the report in her hand, waving it.

-You have been reported somewhere else, and you did not notice the ticket.

-No, I didn’t stop anywhere else. Only to the point I’m telling you. That’s where he put the ticket.

-Please, Madam, give me the ticket to see it.

-Take it, Mr. Matsentides, but believe me, the event took place as I am describing to you. Nothing else has happened.

Matsentides took the ticket in his hands and after reading it, he said to the lady:

-Madam, you have not been reported where you claim, but in Gregorio Xenopoulos Street, in the central Nicosia. It seems you didn’t notice the ticket when you had left and saw it when you parked, to check on your car.

-I don’t know where the road you’re referring to is, nor have I ever been there. Things happened as I tell you, the lady continued with the same calmness.

Then a marathon began to explain to her where Gregorio Xenopoulos Street was. i.e., you turn here, you go from there, it’s opposite this shop, etc.

When she finally understood, she lost her irritating composure and began to shout:

-It is not possible, that is where I had parked before, when I had gone to visit my friend so-and-so. It is unacceptable for you to report me while I was visiting my friend.

-But we did not report to you because you went on a visit, but because you parked illegally. Where you had parked your car, parking was not allowed. There was a signal about it.

And annoyed as she was, she grabbed the ticket and walked away, knocking the door behind her. Her hair was still undisturbed. But her hands were now moving vigorously. She was indignant. To be reported because she went on a visit! It was unheard of!

And yet, this ticket should be cancelled!

It would have been the mid-1980s when the following incident occurred. It was around noon that a lady visited the office of the traffic wardens of the Municipality of Nicosia.

She was around 40 – 45, quite colourless, from the women who will not get your attention. She held a ticket in her hands and said calmly and confidently:

-This ticket should be cancelled.

-Why do you think it should be cancelled?

-I was in the hospital because my mother is there, and I left for a while to bring something for her, and I was reported.

-You were reported because you have parked your car in the parking place for the disabled.

-Yes, but I left the hospital, and I was in a hurry.

-And what does that matter? You’d have to park somewhere else.

-I’m telling you that you need to cancel the ticket.

She spoke calmly and lifelessly, not realizing at all that she had committed an offence. This pattern of discussion continued for some time, to no avail. In the end, when she realized that with the argument she was repeating she would gain nothing, she dropped another excuse:

-You need to cancel it because the car does not belong to me.

-And to whom does the car belong? Was the obvious question

-I don’t know. I found it in the hospital car park, with the keys on and because I was in a hurry, I took it to do my job!

-Madam, that is stealing!

-No, I didn’t steal it. I borrowed it and I’ll take it back.

-And if the owner is looking for it, what will happen?

-I’ll take it back. You need to cancel the ticket.

-If this car doesn’t belong to you, there is another reason for you to pay the ticket, so that its owner will not have a problem!

It would be tiring to say how many times the same argument had been repeated, and the same answers had been given. After about an hour, the lady “who was in a hurry” took her ticket and left, without paying, completely incapable of understanding Mr. Matsentides’ refusal to cancel it.

At that time, it was not easy to find out the owner of the vehicle by the registration number. It was a great process. So, no one ever found out if the lady had actually “borrowed” the car or simply considered the argument as an amplified excuse to get rid of the ticket.

All the above episodes are absolutely true to the last detail. We, humans, behave that way when we want to justify our misdeeds. Like babies!